SUPPORT ME IN GETTING THE TRUTH OUT

If you like this site, please donate to us via Paypal to concienciaradio[AT]prodigy[DOT]net[DOT]mx

CRN is a reader-sponsored independent Christian news network. and needs your help.

Why I am asking for your help:

Did you know that being a journalist in Mexico is one of the most dangerous professions in the world? In fact, Mexico has 2 of the most dangerous cities to conduct journalism in: Acapulco and Rosarito. Many fellow journalist have already been killed trying to expose the truth. Rosarito is about 30 minutes from me. I am in Baja California and let me tell you, I have a lot of projects I am working on in reporting what my research shows. Mainly, it involves many of the subjects I touch upon on my websites as well as in my articles.

What I do is is related to what you, the readers and followers of my work, deserve to know, the TRUTH. Please continue reading to know what I have gone through.

I have been targeted

Being in Mexico is no laughing matter. I have already been targeted for assassination 2 times. Once by an ALPHABET Agency group from the US and another one by one of the cartels. Why? Because these groups did not like some of the things I reported on. One, was an event in Israel so massive that the post I did ended up being spoken of at one of the White House briefings. Hence the order that was given to have me ‘Breitbarted’ This in turn led a contact in the Intel Community who was contacted by a good friend in the NSA, who is now dead, to wake me up at 3 AM in mid April 2010 warning me that a kill team had been assigned to take me out. I had 24 hours to get out of Dodge. I did. We did. My family and I spent a good part of 6 months in makeshift ‘safe houses’ trying to keep a low profile.

Through this ordeal, I lost my job outstanding job at CETYS University. I was considered within the best two professors in the entire campus. Due to this threat and atempt on my life, I ended up jobless and losing everything I saved up for. So, I have decided to dedicate my full time to my research and keep reporting on the truth. My articles, lectures and video projects are testimony of that. Our official Youtube Channel is here and our Spanish Media site is here.

I have been in places you would never imagine. I have unearthed giants, been to places few have gone and discovered, risking my life, in getting the information out there. Now with the continuation of a free Internet, we are unstoppable and plan to remain so.

I have been warned… time and time again

Then, in December 2012, a Federal Agent contacted me in person while in the United States and warned me that ‘once The Agency has you marked, sooner or later, they always get their man, even if it takes 60 years.’ His exact words, not mine. He knew who I was and what had happened to me and my family.

I have been banned and censored 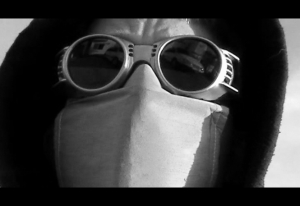 In 2005, we embarked on a radio show titled Conciencia Radio. We managed to successfully position the show in open radio via 1590 AM in Ensenada Mexico. After a year on the air and due to pressure from the Mexican authorities and elements in the private sector, our show was removed from the airwaves. We decided to restart Conciencia Radio over the Internet in 2008 and have transmitted weekly to our members since then.

Most recently, during the Mexican 2012 Presidential Election, Carlos Slim, the owner of TELCEL and the Mexican phone monopoly known as TELMEX decided to ban our entire site CONCIENCIARADIO.com from all its customers. This effort to censor us was exposed thanks to us taping our phone calls with the phone company who received the order from the Mexico City headquarters to censor our ip address. After exposing TELMEX and Slim, the ban was removed.

In May 2013, I went to renew my driver’s license before the State of Baja California Government for a third or fourth since 1997. To my surprise, they said that my ‘license had been blocked’. I was befuddled to find out that not only had my license been blocked, someone inside the Mexican Government tampered with the database changing the filed that talks about my nationality. Instead of saying MEXICO, the country from where I am from said two nationalities: BULGARIA and SWEDEN. You can watch the video here the same day this happened.

Talk about being harassed and electronically surveillanced. These powerful elements withing the Mexican Government and the US Shadow groups that control its Government have shown clear intent by their actions to have me either silenced or have my life turned upside down.

Just recently, my Credit Cards and banking information has been tampered with. I cannot get my cards approved anywhere when I want to pay with them. It has gotten to the point that not even the bank knows what is going on.

They have tried to silence me, to bribe me and to kill me. And guess what? If it weren’t for supernatural protection and elements that have thwarted my enemies’ goals, I would have been heaven-side.

So, please support me and our work at Conciencia Radio®.

We thank you for considering us as part of the Free and Truly Independent Media.

How you can help us and our work

Paypal Option #1: You decide how much

If you like this or any of our sites, please help us with whatever you can via Paypal to
concienciaradio[AT]prodigy[DOT]net[DOT]mx

Or if you wish to chip in with a monthly $ 5.00 donation, you may do so by clicking the button below. You may unsubscribe at any time. By choosing this option, you will be part of the exclusive member list that we have for our special group of supporters.

Please send checks or Money Orders to:
Due to criminal attacks against my person, I cannot disclose anymore personal information.

Due to criminal attacks against my person, I cannot disclose anymore personal information.

PLEASE CONTACT ME VIA EMAIL TO SOLICIT THE REQUIRED INFORMATION.

Thank you and God Bless you Always!

© 2016 AlexanderBackman.com – A division of the CONCIENCIA RADIO NETWORK®

11 thoughts on “SUPPORT MY WORK”