UPDATE! THIS JUST IN! I blew up the logo that The Hagmanns use for their websites at HOMELANDSECURITY.us, the one of a GERMAN SHEPHERD and you will not beLIEve what is embedded in their logo? It blew me away while I was on the phone with Ken Charles.  At least three demons are inside this black and white low-quality logo. In fact, that is why it is in grayscale or high contrast, so the demons are transferred to the untrained and unprotected minds of people that see it every time they load there website. here is an animation to better illustrate. Very cunning indeed! That is how the Devil operates through his proxy minions.  There are at least two more entities in the image. Can you find them?

PREFACE AND UPDATE► Feb 16, 2015- I decided to repost this article I wrote back in 2013 in relation to the recent and explosive exposés by Marinka Peschmann and Michael Erevna  on the fake “Christian” Alternative Media in the United States. namely, Satanically-inspired Mammon-driven money-changing outlets like Hagmann & Hagmann, Steve Quayle, V, The Guerilla Economist, just to name a few.

Make no mistake about it, the Prince of The Air controls Radiowaves, Microwaves and Power Lines.

These agents have not only lied to the American Christian public, they have manipulated them in order to obtain monetary profit or gain, while at the same time, behind the scenes, they are serving another purpose, even another master.

There is, for all intents and purposes, not a a Satanic anointing over these men, as some like Ken Charles have suggested to me, but a Spirit of Antichrist that has enveloped these men’s minds and souls without them even knowing it. It has gotten to the point that they do not even acknowledge their own mistakes and non-events when they spew their blatant LIES. Such repetitions and vociferous fallacies must come from one source: The Father of Lies, SATAN: operating within the assembly of God.

Sorry to burst your bubble everyone, but the Enemy Within has been infecting the bride for a long time. It has infiltrated her and has smudged her, violated her and done with her as he sees fit. Would you just let any man into your house, the House of God within you, and allow them to infect you so the spread of the dis-ease (fear and lies) takes over and ravages you from the inside?

There comes a time, when the infection has advanced so much, that it is obvious that The Bride is sick. Jesus showed me how to heal the Bride and have her ready for His Royal Wedding.

Read here to know more: VISION OF THE MAGGOT-INFESTED BRIDE

It is my duty, in humble and in servitude to my Maker and Master, Jesus Christ, to cleanse her of this infestation and stop these chicaneries dead in their tracks.  As Jesus showed me, IT IS TIME TO TO EMIT TRUTH! TRUTH, unadulterated and pristine TRUTH to cleanse away the sinful invasion and infestation of t The Bride of Jesus †.

At the End of the Road, it starts with each one of us to acknowledge our failures, our sins and our flaws in our hearts, ask for forgiveness, MAKE IT PUBLIC, and move on with the hope that Our King will continue to redeem us and allow us access into Eternity. Otherwise, as He warned me, He will have to amputate His Bride IN ORDER TO SAVE THE REMAINING.

Notice the image below that serves as evidence of THE HAGMANN’S kicking me out of their “prerapture” cult group. 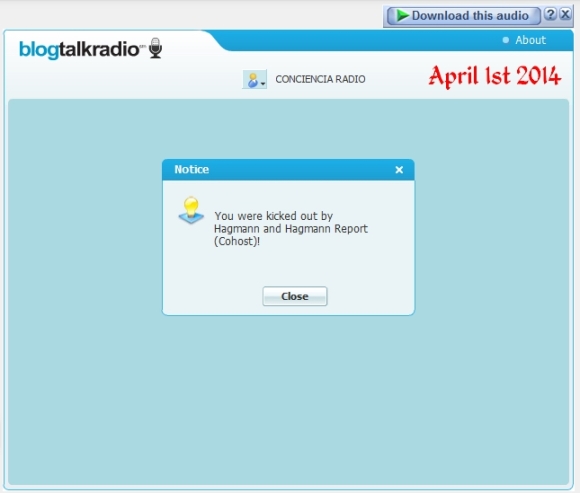 Talking about cults. Do not miss this excellent sermon by Pastor Eric Ludy on exactly what Quayle and the Hagmann’s as many others that fit the bill represent: CULT LEADERS.

This Just IN! I was looking closely to the Hagmann & Hagmann logo and found embedded demons inside the ears and other parts. Look for yourself. You will find even the image of THE DEVIL himself!

Now, on the the article I posted. Mind you that this was published in 2013.

“A man without ethics is a wild beast
loosed upon this world.”— Albert Camus

CRN® APRIL 17 2013– Douglas Hagmann promotes Islam on his official website HOMELANDSECURITYUS.COM, or so it seems.

The image below was sent to me by a listener to the Hagmanns’ Radio Show. On the bottom left corner there is an advertisement that says ‘DO YOU KNOW ISLAM?’ And the invitation, ‘Would you like to be a Muslim?’ The ad includes a link to join in a private chat.

The listener has informed me that this is not the first time this has happened. She already had brought this to Douglas Hagmann’s attention but apparently to no avail.

Albeit it is an advertisement from AD CHOICES and its content is based on keywords that appear on the target site and spider bots bring the relative content to the page, this does not excuse Hagmann from allowing these embedded services on the source code of his site. He put them there knowing that there are risks involved. For a site that is frequently read for its content where it exposes terrorism and other government-sponsored threats it is inadmissible that such advertising be allowed. It is evidence of how Hagmann does not care nor vets the services he promotes in exchange for profit.

It has also been brought to my attention many times before that the logo used by Hagmann belongs to a Government Agency. Is this another COINTELPRO Operation? Some accuse Alex Jones of the same thing. Curiously, Jones had Hagmann on his show just last Monday talking about the Boston terrorist Bombings.

Lastly, and as a sidenote, why is it that Hagmann’s supposed DHS whistleblower’s revelations never came true? Is Douglas Hagmann just a shill and playing us all in exchange for profit?

These are valid questions that deserve an answer. For now. I would stop visiting his site and never depend on his reporting from now on until he understands that this negligent behavior is abhorrent.

FINAL NOTE► Notice how I have been questioning their behavior since 2 years ago. This is nothing new. More people need to come forward and expose them for what they are! Please contact Michael Erevna and Marinka Peschmann with your written testimonies via their respective sites. 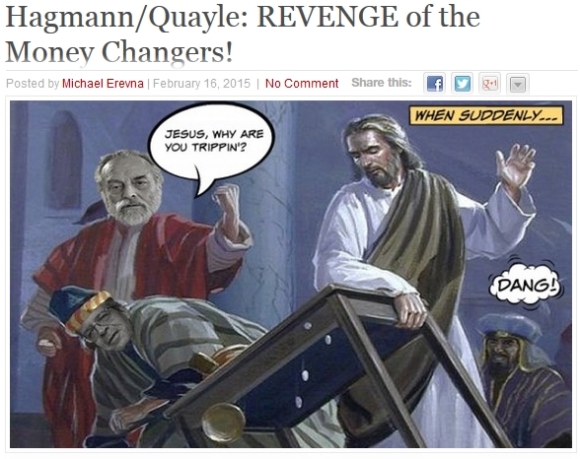 6 thoughts on “STEVE QUAYLE AND DOUGLAS HAGMANN UPDATE: HomelandSecurityUS.com, A Promoter of ISLAM?”